We wish you all a happy new year and hope 2022 will be filled with good health and lots of fun over drinks with your loved ones.

In Japan, the New Year’s Day is more significant than Christmas Day.
It is the day you spend with your extended family (Christmas day in Japan is more like New Year’s Eve in Australia, when you party with your partner and friends).

First three days of the new year are public holidays, and it is the time of the year when families get together and visit friends and families, and pay visit to the shrine or temple to pray for another year of success, health and happiness.

And Sake plays an important role in the new year’s celebration. 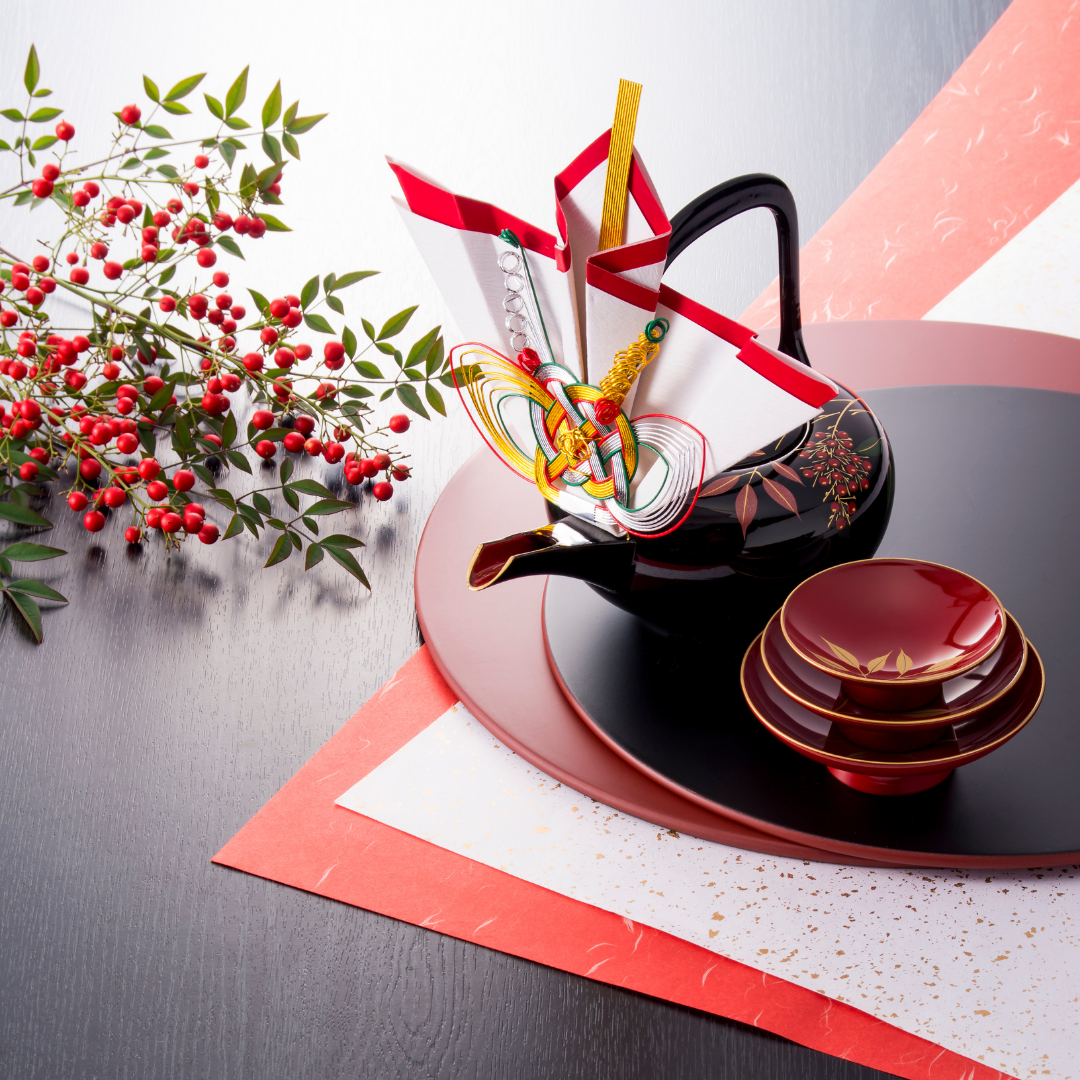 Otoso is a Sake infused with medicinal herbs and spices, which is said to flush away the previous year’s bad luck, drive the evil spirits away, and to wish for a long and healthy life.

The tradition of drinking Toso at the New Year began in the Tang Dynasty in China and was adopted by Japanese aristocrats during the Heian period (794-1185).

The drinking ceremony tradition eventually passed down to the general public in the Edo period and the doctors gave out Tososan (spice mix) towards the end of the year.

Over the years, the tradition has changed and nowadays, many people drinks Otoso without Tososan.

Cups of Otoso are sipped facing to the east, in order of youngest to oldest, to pass on the vivacity of the youth to the elders. It’s drunk before starting osechi-ryori, the official, traditional New Year meal.

Osechi ryori is a traditional New Year’s food, which also started around the Heian period (794-1185).

Originally they were ritual offerings to the gods and deities, which were also eaten by courtly members, which made popularised to the general public around the Edo period when it was combined to other beliefs such as you shouldn’t cook for the first few days of the new year (which also let the busy mums and housewives to take a well-deserved break from slaving over the cooktops, too!.)

It is a collection of cold dishes in stacked boxes called Ju-bako, and each dish has significant meanings for good luck and prosperity. These meanings are often word-play or pan, based on the Japanese name of the food, or association with its appearance. 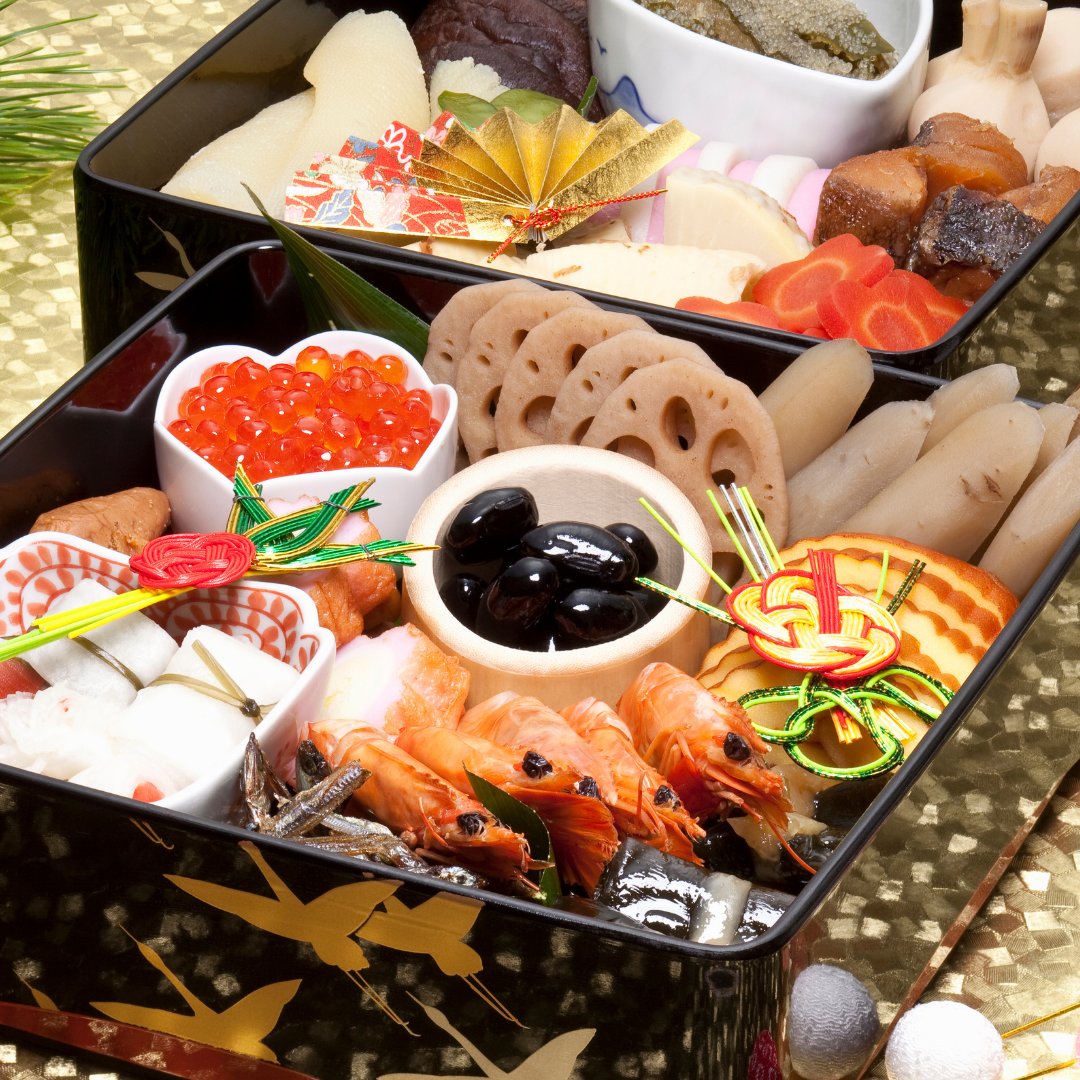 Here are some of the common dishes and their meanings: